Skip to content
2010 – 2014
Cruise Pictures and Logs
Photos of our crossing of the South Pacific in 2014 featuring The Bahamas, Jamaica, Colombia, Panama Canal, Galapagos, Marquesas, Tuatomoes, Tahiti, Bora Bora, Samoa, and Tonga can be seen in the 2014 photos tab below.
Our previous trips to the Canadian Maritime Provinces, Central America, Alaska and points in between, as well as previous editions of The Captain’s Log, can be found by using the index below .
TRACK ARGO AT SEA
Click on the link below to find ARGO’s current location.   This is the best way to track us when we are underway anywhere in the world.
http://my.yb.tl/tischtravels/
AIS (Advanced Information System) tracks ships in sea lanes and larger ports if they are equipped with AIS.   When we are within range of a reciever you will be able to locate and track us by just typing ARGO into the system and identifying us as a yacht in the appropriate place.
www.marinetraffic.com
VIDEOS
WELCOME
to
TISCHTRAVELS.COM
a photo and journalistic log of our odyssey
Thank you for looking in on us as we pursue our dream of circumnavigating the globe.  You can follow our progress via our Captain’s Log,  pictures, tentative cruising schedule, maps and other things of interest.  Please let us know what you think as well as any suggestions you may have or travel recommendations that come to mind.
Let’s stay in touch and share adventures.
Rebecca & Randy
FIJI
2015 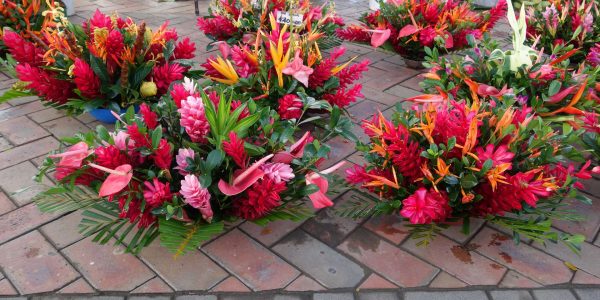 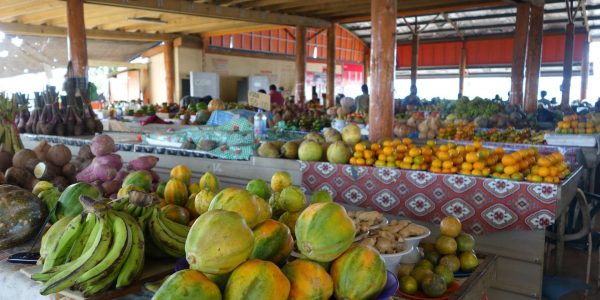 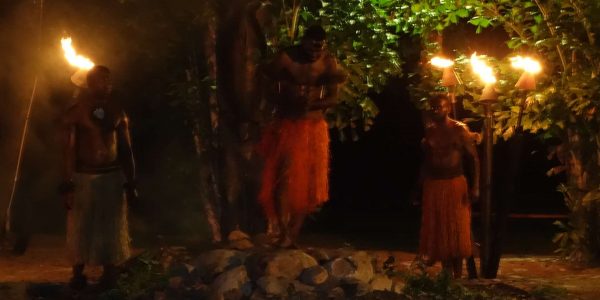 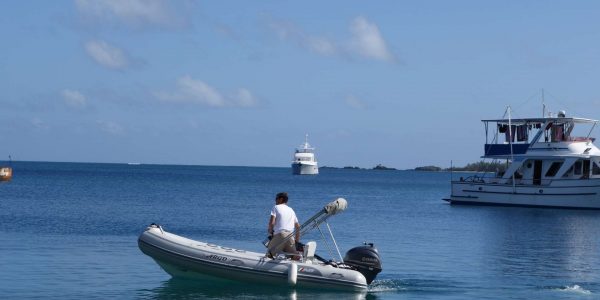 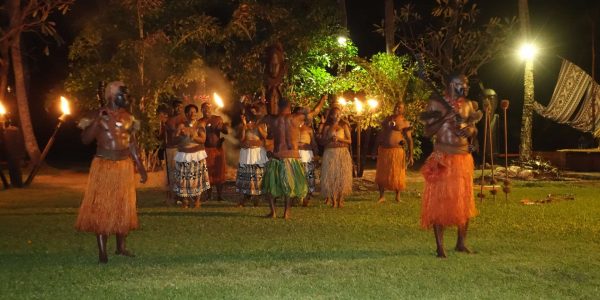 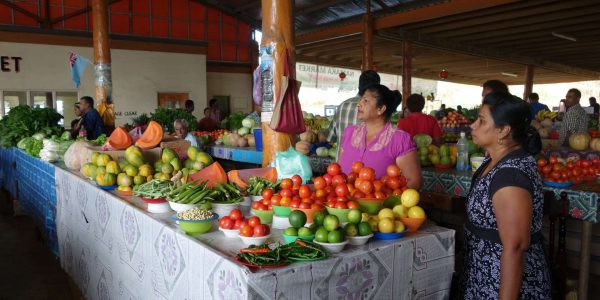 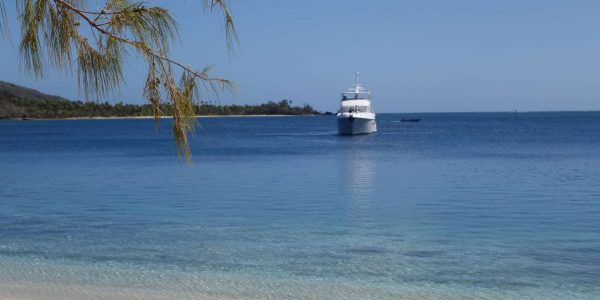 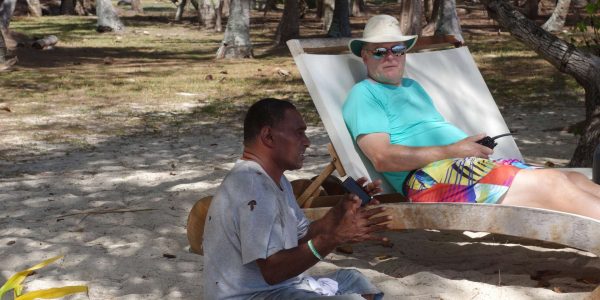 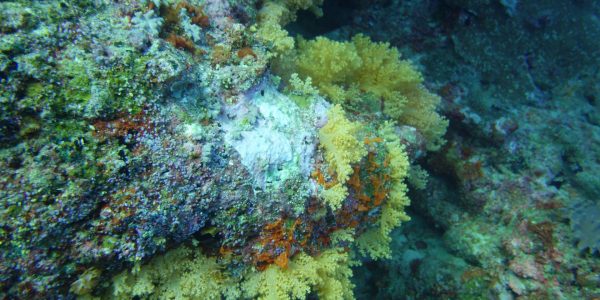 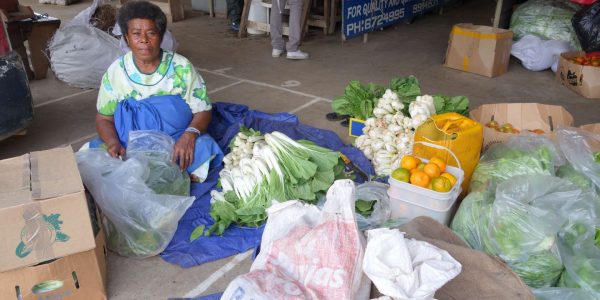 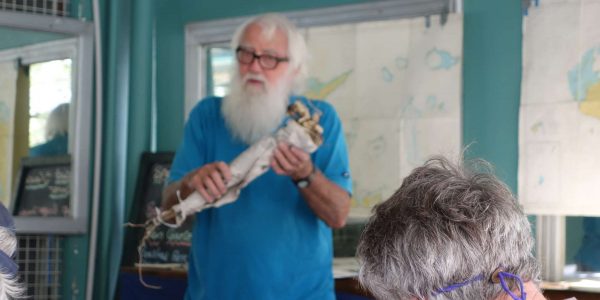 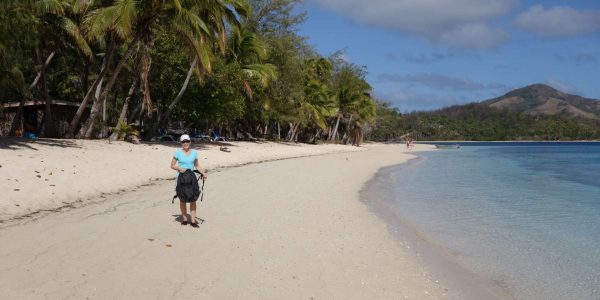 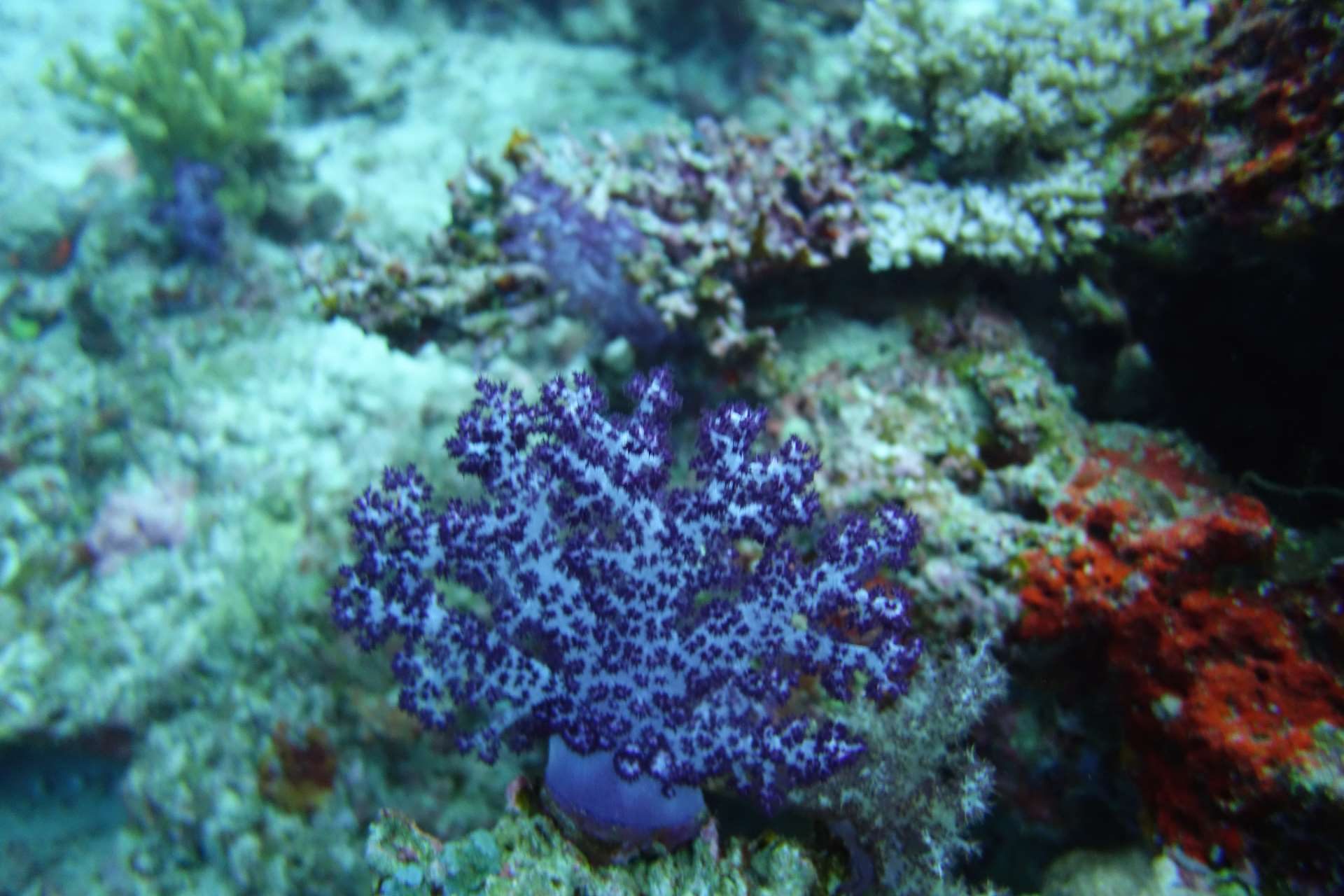 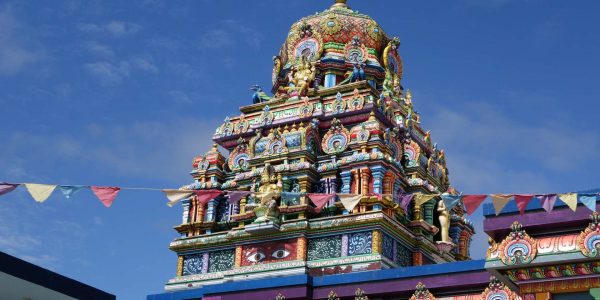 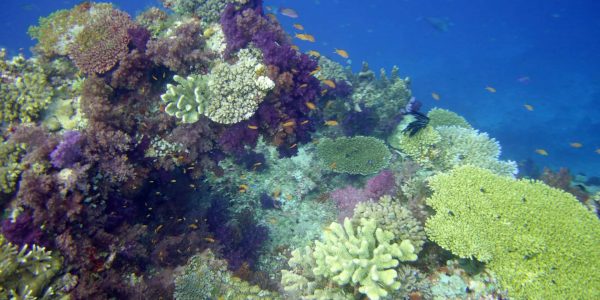 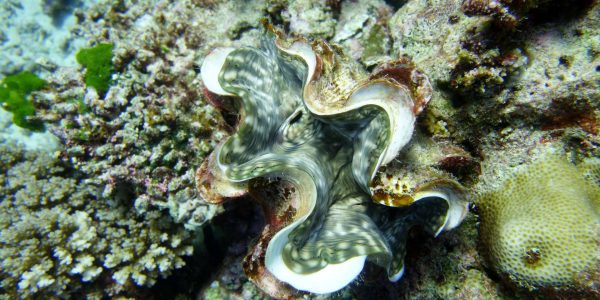 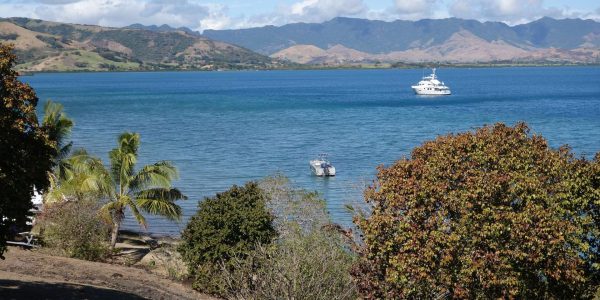 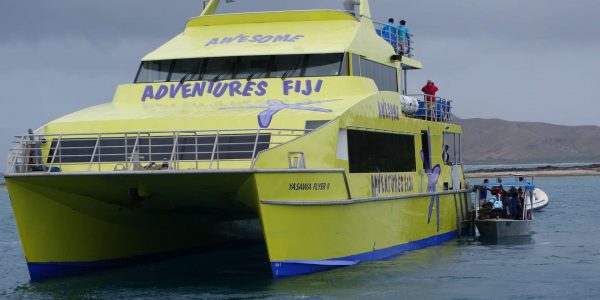 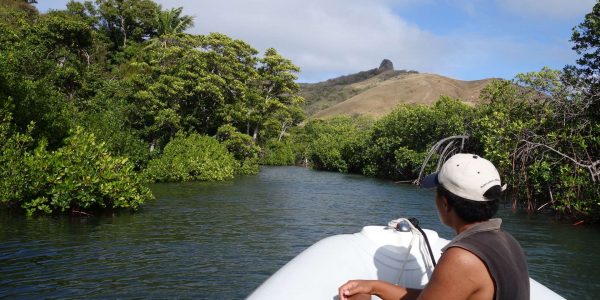 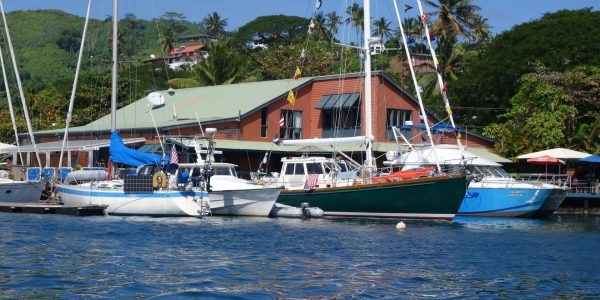 Salli taking us to Mattie’s farm

Copra Shed Marina, Savusavu
Pictures of our
2014 Passage from
Florida to New Zealand via
The Bahamas, Jamaica, Columbia, Panama, The Galapagos,
Marquesas, Tuamotus Archipelagos, Samoa, and Tonga
are located on the 2014 tab on left
Captain’s Log and Photos Updated
Feburary 15, 2015
Our 2014 Cruise
We completed our 9,700 mile voyage to New Zealand.  We left  Florida in mid-February, headed for Cartagena, Columbia via The Bahamas and Jaimaica.  We passed through the Panama Canal, and made The Galapagos Islands, The Marquesas, The Tuomotus, Tahiti, Moorea, Raiatea,  Bora Bora, Samoa. Vava’u, Tonga and finally New Zealand.  It has been a wonderful voyage, a trip of a lifetime.
Our 2015 Plan
We will leave New Zealand in May and head for Fiji, then the Lau Group, Vanuatua, New Caladonia, perhaps the Solomons, then Australia in September or October.
Our original boat was a
Nordhavn 55 named
ODYSSEY
She was sold in November 2011
Our new boat is named
ARGO
and she was commissioned in January 2013.  She is also a Nordhavn ocean going yacht:


Historical Synopsis
In the summerof 2013 we completed a five month voyage from Florida to New Foundland.  The two of us sailed directly from Florida to Nantucket as a first leg, a passage of some seven days.  Over the next several months we sailed north along the Maine and Nova Scotian coast, stopping at Halifax and then crossing the Bra d’or Lake and exploring the Cabot Trail.  Then we crossed the Gulf of St. Lawrence from Sydney to the eastern shore of New Foundland.  We explored the fjords of the southern coast, then turned south at the eastern tip to find Isle St. Pierre, the last French possession in North America.  From there we headed south to the U.S.A.

In July 2011 we completed a 6,200 mile trip from Dana Point, California to Newport, Rhode Island.  We cruised down the Baja and the Pacific coast of Mexico with stops at places such as Cabo San Lucas, Acapulco, and Hautulco near Oaxaca.   We crossed the Gulf of Tehuantepec, visited Guatemala and put in at El Salvador for a week.  Then we sailed for Costa Rica, and after a few stops in route, we moored at Papagayo for a month and visited the capital San Jose as well as other ports including Los Suenos, Quepos and Golfito.   After a brief trip home, we rejoined the boat and headed for Panama and  the Pacific Islands of Parida and Coiba.   We transited the Canal in late April and then cruised to the San Blas Islands where we enjoyed a week with the Kuna Indians; we then crossed the Caribbean Sea to Montego Bay, Jamaica.  From there, we sailed past Cuba and Haiti, up the Windward Passage and headed for the Bahamas.  We enjoyed the white sands and friendly people during our days in Georgetown and the Chat’n Chill Tiki Bar.  After ten days in the Bahamas we put in at West Palm Beach, Florida.  After a brief stopover, we moved up the east coast to Norfolk, NYC, Long Island and finally Portsmouth, Rhode Island.  Odyssey has been sold and we are now aboard our new expedition type yacht named ARGO shown in the photos above.   Construction pictures are shown on the ARGO tab to the left.

Please provide your email address below to receive updated information.